Here at Stone Sign Company, we were honoured to be a part of the celebrations for the 50th anniversary of the Pirelli factory in Carlisle. We were asked to create a commemorative Welsh slate plaque to mark the occasion.

The Italian tyre manufacturer first opened its doors in Carlisle back in 1969, where it now employs over 900 people. The Carlisle factory is the biggest UK production site for the company, which originates in Milan, and it focuses on making tyres for premium and prestige cars.

The Carlisle factory has played a key role in working towards the Pirelli’s sustainability goals, including reducing water consumption by 65% since 2010 and creating a 100% recycling rate of waste from manufacturing. It supplies both domestic and foreign markets, and acts as the centre of excellent for Pirelli’s growing range of SUV tyres.

The anniversary was marked by a visit from His Royal Highness The Prince of Wales, who unveiled an engraved slate plaque to commemorate 50 years of production.

We wanted to provide a commemorative plaque that would properly honour this significant occasion, and so we chose to use high quality Welsh slate.

The unveiling plaque was deeply engraved with the inscription by our expert stonemasons, and then finished with a white enamel infill. It was supplied with faceless fixings which will allow the slate plaque to be neatly adorned for years to come.

Prince Charles was invited to visit the site where he toured the factory, viewed a selection of supercars and spoke to company bosses. HRH then unveiled the custom-made plaque in a small ceremony alongside Marco Tronchetti Provera, chief executive officer and executive vice-chairman of Pirelli, in front of factory employees.

The whole of the Stone Sign team were thrilled to be a part of this celebration, and wish Pirelli another successful 50 years of business. 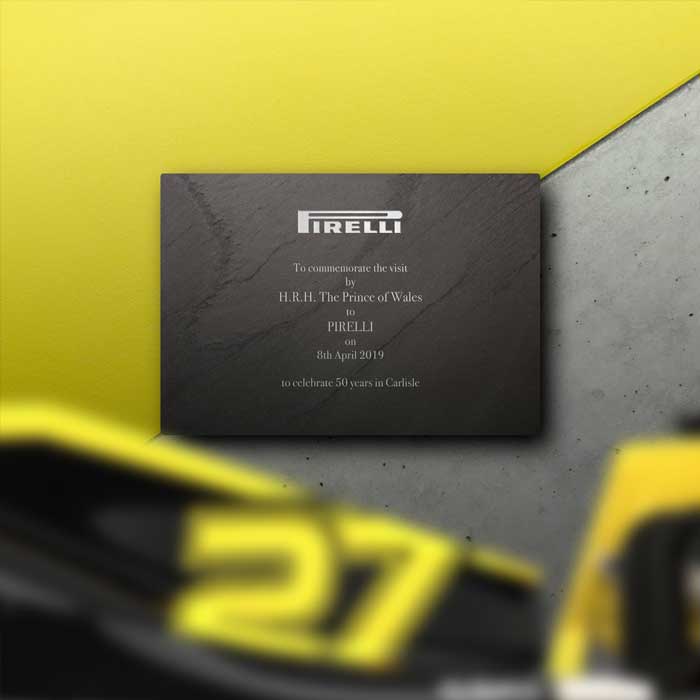 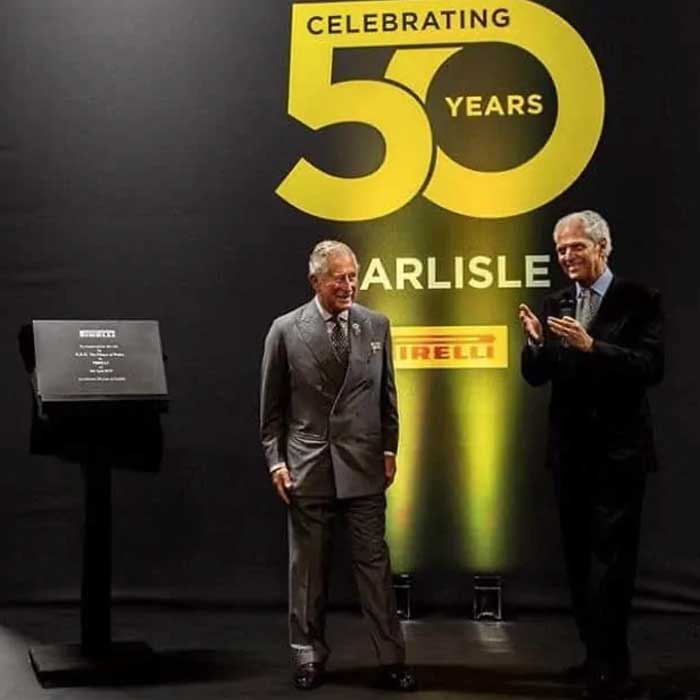